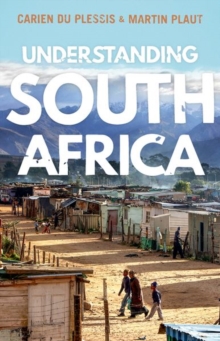 Join us to meet local author Martin Plaut who will be talking about his latest book Understanding South Africa. Admission is free but space is limited so please contact us to reserve a place.

When Nelson Mandela emerged from decades in jail to preach reconciliation, South Africans truly appeared a people reborn as the Rainbow Nation. Yet, a quarter of a century later, the country sank into bitter recriminations and rampant corruption under Jacob Zuma. Why did this happen, and how was hope betrayed?President Cyril Ramaphosa, hoping to heal these wounds, was re-elected in May 2019 with the ANC hoping to claw back support lost to the opposition in the Zuma era.

This book analyses this election, shedding light on voters’ choices. With chapters on all the major issues at stake-from education to land redistribution-‘Understanding South Africa’ offers insights into Africa’s largest and most diversified economy, closely tied to its neighbours’ fortunes.

Martin Plaut is a fellow at the Institute of Commonwealth Studies, and former BBC World Service Africa editor, his other books include.