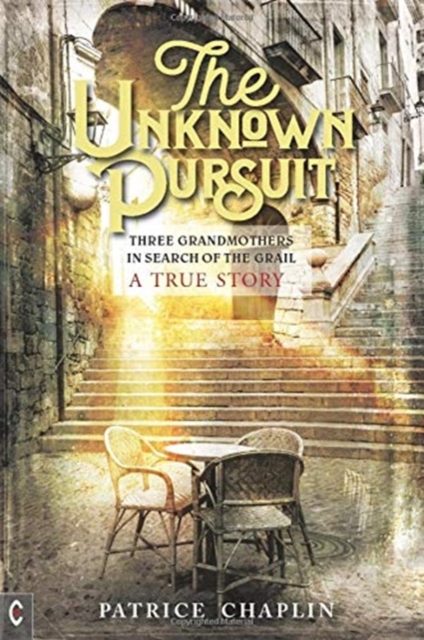 Join us to celebrate the publication of two new books from local author Patrice Chaplin.

Following her classic Girona trilogy – The City of Secrets, The Portal and The Stone Cradle – Patrice Chaplin returns to the enchanted city for a new adventure. In The Unknown Pursuit : Three Grandmothers in Search of the Grail – A True Story many decades have passed since, as a teenage traveller seeking a Bohemian lifestyle, she stepped across the threshold of the iron bridge and into the hallowed old city. Now in her later years, she finds herself unexpectedly with two other women of a certain age. In the midst of changing lives, they are each seeking freedom, meaning and truth. What they encounter initially is confusion, chaos and misunderstanding. But will they discover the thing that can reconcile themselves to each other, to their lives and to themselves?

Patrice will also be talking about a new compilation of short stories One Day : Tales from the Edge

“Working with the charity, Northern Bridge Productions, using creativity against addiction, we realised how often people needed a safe place and are afraid they won’t get it, go the other way, taking on The Edge and all its variables. Safe can be a thought, a memory; that goes for all kinds of people with lives that addiction does not touch.

By chance, the subject of writing a short story came up in a park in North London after a concert. ‘Writing a short story. What a lovely idea. Would never have thought of that.’ I asked unlikely people with busy or well established lives; not one said no. So, all ages and all backgrounds are presented in this book written with pleasure.”